Democracy axis:
City Hall is currently controlled by developers that finance the large political parties. An alternative approach is for council to be responsive to residents, and to promote grassroots democracy. The Mainlander supports candidates who reject corporate control of government in favour of deep political engagement of all affected residents, especially those marginalized by the current system. 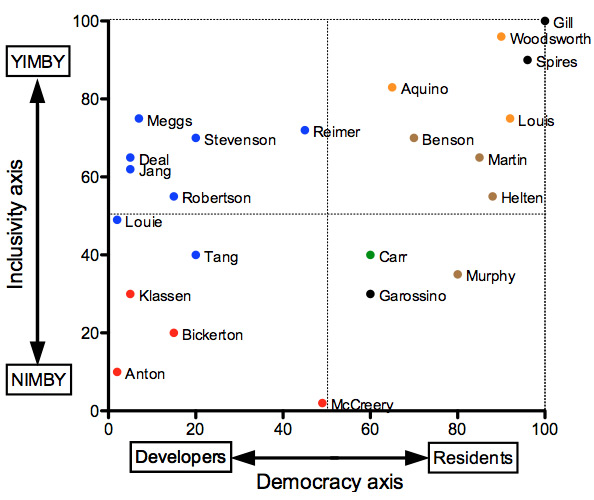 For example, those who support the proposed social housing development at the corner of Broadway and Fraser, or a safe-injection site on the westside, classify as YIMBY, while those who oppose these are classified as NIMBY.

For The Mainlander’s endorsements, click here. In general, we endorsed those closer to the top-right “resident-YIMBY” quadrant, and those farthest from the bottom-left “developer-NIMBY” quadrant.